Golden Globes just happened. Grammys this weekend. And Academy Awards is coming up. Ahem Hollywood, where’s my invitation?!  I have feelings too you know… it’s ok, it probably got lost in the mail. For now, I’ll just write about it!

City of Stars… it’s that time of year where all the A-list celebrities and the “see to be seen” crowd celebrate the art of music & movies.

SLS Beverly Hills is one of the locations where socialites like to stay for a weekend to party. As a matter of fact, the popular HBO shows like Entourage occasionally films here from time to time.

It’s a sexy hotel. Walking in, you see a luscious red carpet floor all the way through the main lobby area. The atmosphere is almost a little too dark, which (in my opinion) creates a less welcoming ambiance when you check-in. In fact, even with my perfect bear vision, I have a hard time seeing the receptionist’s eyes! Yes, it’s that dark.

I consistently like to stay at the “Studio Suite“. I put heavy emphasis on the quotes, because it honestly just feels like a normal oversized room. The hotel successfully compensates this by putting ample amount of oversized mirrors on the main sides of the room. In doing so, the reflections make the suite look bigger than it actually is. An interesting illusion.

In the evenings, it almost creates a Fifty Shades of Grey theme effect since you pretty much only see yourself going to sleep… um… uh..  I’ll leave the rest up to your imagination

Even the bathroom have a lot of mirrors. In fact, they have a sliding door mirror that makes the bathroom connect with the bedroom…

Each floor has a communal lounge area where all the guests are welcome to mingle and play some pool.

After a game of billiards, you can head downstairs with your new friends and enjoy some drinks at the award-winning The Bazaar by José Andrés. Dress to impress!

They have a molecular cocktail experience where they use liquid nitrogen as an ingredient, which can be quite interesting.

If you literally want to jump inside a pool, they have a decent rooftop scene. Warning though, it’s not as cool and hip as portrayed in the movies…

On the surface, SLS Beverly Hills seems like a sexy hotel with a gorgeous socialite scene. Though their rooms and suites tend to be overpriced, most of the people in this city are willing to still pay a premium for it.

But behind the smokes and mirrors (metaphoric pun intended), it’s just a small boutique hotel with an unconventional design in the prestigious address of Beverly Hills. 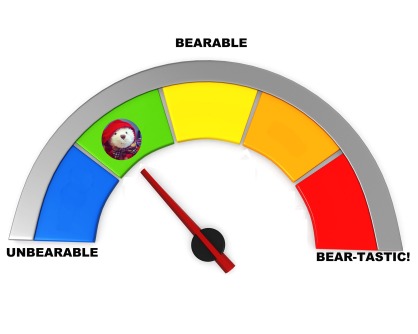